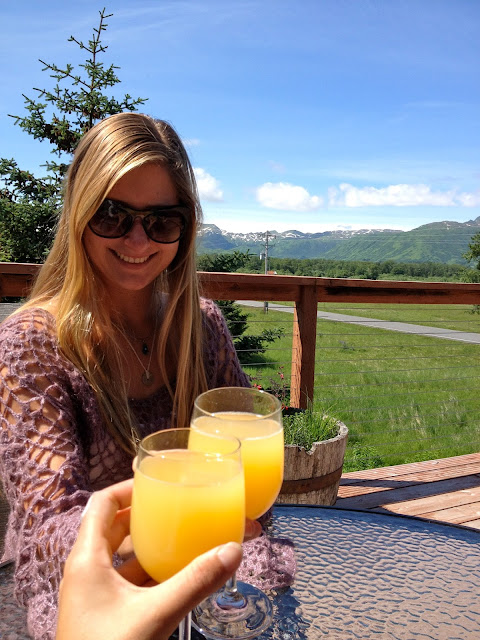 As some of you may know, I just celebrated my 21st birthday this weekend! And it was wonderfully Alaskan.  I was lucky enough to have a beautiful day with blue sky and sunshine, and a perfect 70-degree chill. Elizabeth and I had been thinking up birthday adventures all week, and decided to venture down Kodiak’s road, through the mountains and around coves, to Pasagshak beach.  We kept hearing it was the best place to whale watch, and you can be sure that’s on our Alaska bucket list.  Three quarters of the way there is where the road comes to it’s only stop sign and you have to decide between left or right.  This junction is also where a restaurant inn resides, the only one for miles on this peninsula of the island, perfectly picturesque with its wood deck nudged between mountains.  We obviously stopped for lunch, where I used my now legal ID for the first time! We got mimosas…just because we can :P

I may as well inform you now that to my dismay, and loss of faith in the birthday gods, we did not see any whales.  We perched ourselves on the top of a rock wall above crashing waves and beside wading fishermen.  Several seals made an appearance, but after gazing for 2 hours at the horizon, no whales.  I finally asked a camping fisherman if he’d seen any, to which he replied with a wonderful tip off.  He hadn’t seen any that day in the cove, but the large hilly cliffs I had been wishing we could get to actually had a hidden dirt road, on the right just after you pass a cattle field, and that was the best place to look for whales.  Sure enough his directions were spot on and we bounced through potholes and jumbled over rocks to make it out to the breathtaking edge of a cliff.  Purple and yellow flowers sprouted from the newly greened grass, all swaying in the cliff-top wind, set against a bright blue Pacific ocean.  Another seal here, and although I did not see a whale, we were let in on the secret of the best spot in Kodiak to see them, where the giants seemingly pass beneath your feet. 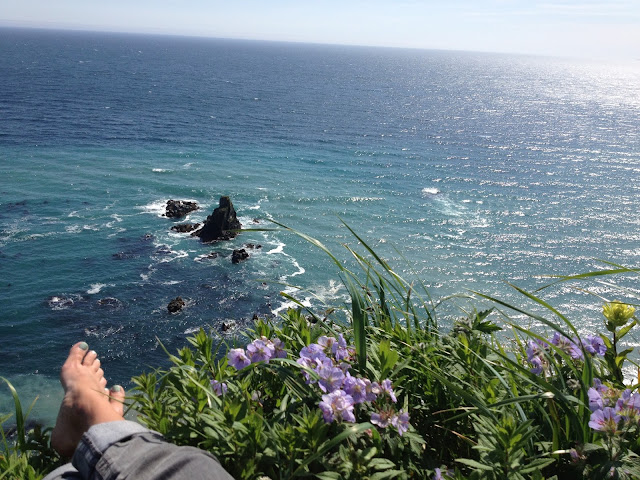 That night we showered, got dressed, and looked like girls for the first time since arriving in Alaska.  The festivities began at the town’s Mexican restaurant, where I ordered a raspberry margarita!  Joining us two interns were 3 others who had returned from a remote field site where they were counting smolt (1-yr old salmon), as well as our beloved boss, who left us to our party mindset after dinner.  I successfully visited the 2 bars in town, and we even found a third one, entering purely for its entertaining games of Buck Hunt and pool.  My night was made by my fantastic roommate and fellow intern, who created a 21st birthday poster.  At both of our universities it is custom to have the birthday girl bar-hop with a checklist around her neck of ridiculous demands that must be met before the night’s over.  Mine was shaped like a salmon of course—Chinook to be exact—and had just the right amount of glitter and fishy stickers.  Needless to say I was a sight in Kodiak and everyone was trying to help me accomplish the 21 silly tasks.  I had a local Alaskan drink called a ‘duck fart,’ called to whales from the harbor, danced on a chair, and got 21 signatures from no one I knew.  Just to name a few.  Everyone was so friendly and I can’t even count the drink offers I received…only a few of which I accepted. Every person in Kodiak is a character, and it was fun to celebrate my 21st with such a crowd. 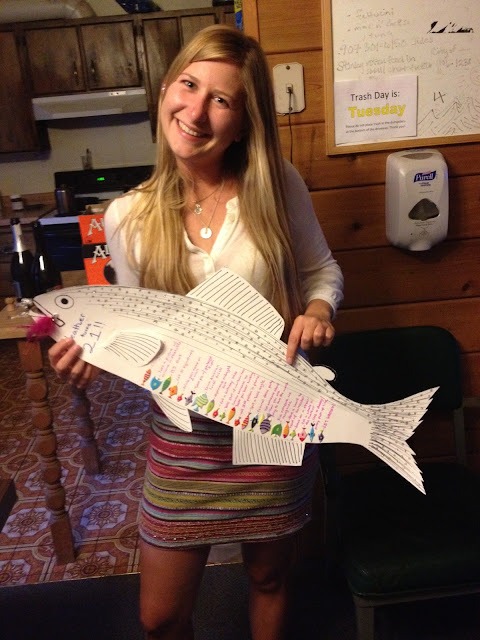